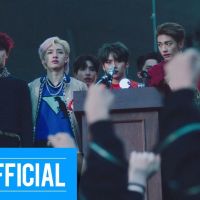 I hear the sound of waves

Through the wave, surfing

Ride on the waves and fly away, baby


I've been working nonstop and it's hot outside

Always saying I'm fine but it's just a lie

All my sweat like tears drippin' 'til it's gone

I got ninety-nine problems but the sea ain't one

Getting cleansed by the sea breeze

I can't let go of this feeling

Can you teach me how to live lifе fully?

It's not a dream, don't worry

Wake up sleepy eyеs, wake up, wake up

Raise the tension higher, way up, way up

Bodies tired from the heat

Throw it up in the air